Keep an eye out for reports of large, bright events that may indicate a meteorite fall through these resources:

https://www.amsmeteors.com
The American Meteor Society web page has a public meteor reporting page that allows the general public to report large fireballs. They sort the reports by event, simplifying the task of localizing the fall area. From the AMS home page, pull down the "Fireballs" menu and select "Fireball Logs": https://www.amsmeteors.org/fireballs/fireball-report/ 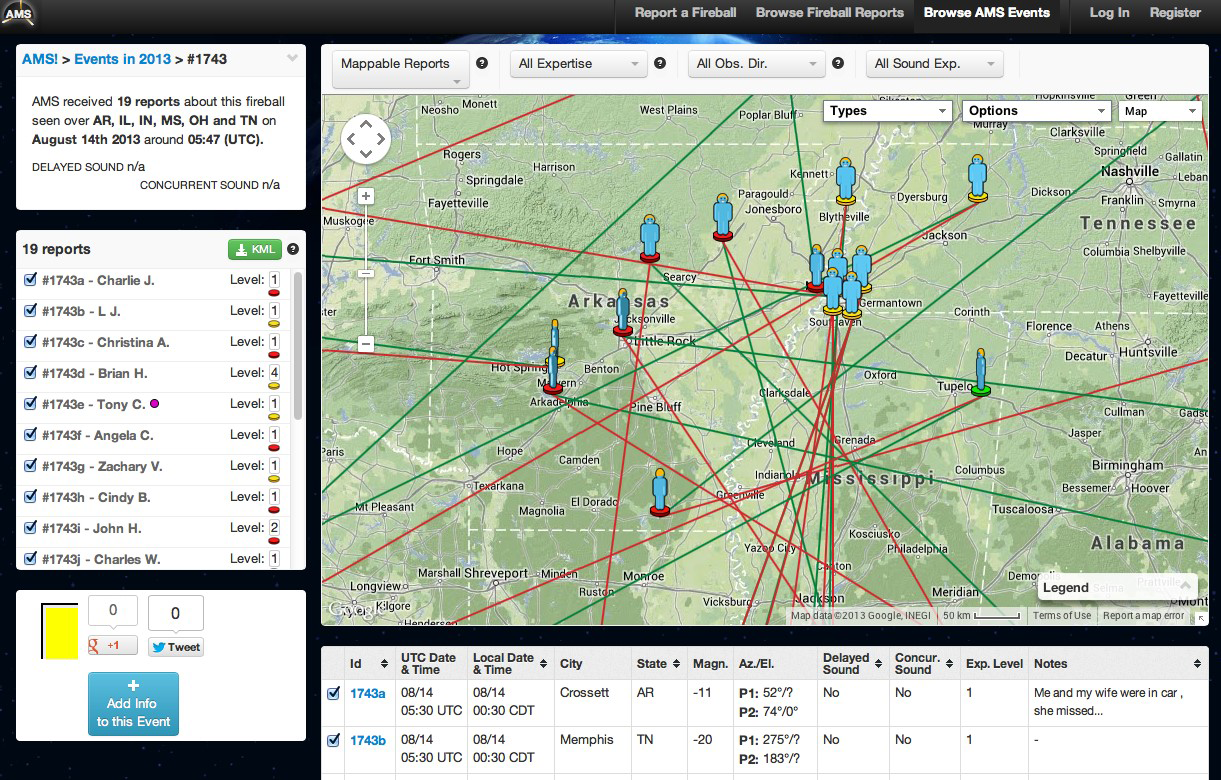 Figure 1: A typical AMS event report, in this case event number 1743 for the year 2013. Source: http://www.amsmeteors.org/fireball_event/2013/1743
Blue symbols are the locations of eyewitnesses. Green lines indicate the direction (or "azimuth") where an eyewitness first noticed the fireball, and red lines are azimuths pointing towards where the eyewitness saw the fireball disappear. The end of the fireballâ€™s visible path, or "fireball terminus", can be estimated from where all the red lines cross. In this case, the fireball terminus is in west-central Mississippi. Knowing this location is important, as it tells us where to start searching through radar imagery for evidence of a meteorite fall.

http://lunarmeteoritehunters.blogspot.com
This website, managed by Dirk Ross, uses search engines to constantly search for meteor-related activity on the Internet, and also maintains a public meteor reporting venue. Find "ALL Meteor Sighting Reports Click Here" on the web page to visit the EW list.

http://lunarmeteoritehunters.blogspot.com
This international organization keeps track of meteor reports and data around the world. IMO has a meteor reporting system similar to that of the American Meteor Society, but is global in scope:
http://fireballs.imo.net/members/imo_view/browse_events.

http://www.meteoritecentral.com/
This resources is an email listserv frequented by meteorite hunters, hobbyists, and scientists.

Narrow down the search area:

Radar imagery can contain a lot of features, to include weather, birds, bats, aircraft, and "radar noise". The following kinds of data can help narrow down the search area, increasing the likelihood of identifying a meteorite fall if it is visible on radar.

Beyond eyewitness report collections like those in the AMS and IMO websites, interviewing eyewitnesses firsthand can yield useful information. Single EW reports are often contain a measure of error, but accruing many of them may produce a small search area.

http://www.iris.edu/hq/
Seismometers are excellent for locating meteorite falls. Fireballs that penetrate deeply enough into the atmosphere to generate sonic booms (and are therefore good candidates to generate meteorite falls) can produce signals in seismometer data if seismometers are nearby.
The consortium group, Incorporated Research Institutions for Seismology (IRIS) maintains an online database of seismometer data from around the world. Calculating a fireball end point from seismometry data is not straightforward, and we suggest teaming up with an expert on the subject. This technique is superb, however, producing fireball terminus locations, altitudes, and timing.

Several networks of "allsky" cameras exist that are dedicated to monitoring the night skies with upward-facing cameras. The networks are dedicated to detecting and analyzing meteors. Some of this imagery is available through internet portals, or the operators can be reached by email. They include:
NASA's All Sky Fireball Network
http://fireballs.ndc.nasa.gov
The Cloudbait Observatory network, covering Colorado state
http://www.cloudbait.com/science/meteors.html
The University of Western Ontario
http://meteor.uwo.ca/research/allsky/overview.html

http://www.nhc.noaa.gov/satellite.php
Most civilian imaging satellites are weather satellites, and they only collect images every fifteen minutes or longer. Detecting a fireball would require that the fireball occur just as the satelliteâ€™s camera is taking its image, which is unlikely. In the future it may be possible to obtain real-time imagery but for now this technique is of limited utility.

https://www.goes-r.gov/spacesegment/glm.html
This new sensor is found on the NOAA Geostationary Operational Environment Satellite and is very useful for detecting bright fireballs, because this instrument searches for lightning by collecting data on bright flashes on a continuous basis. Because meteors are short-lived, bright flashes like lightning, they show up in the GLM data products. This new sensor is currently in development and constant data feeds are not yet widely available.

Infrasound refers to very low frequency noise, which can travel long distances and is useful for narrowing down the location of an event like a meteorite fall. No public sources of infrasound data are currently available.

Retrieve and analyze weather radar data to search for signatures of a meteorite fall:

Meteorite falls are often (but not always) linear features, with the long axis often aligned in the direction of ambient winds. Meteorite falls appear in radar imagery after the fireball has gone out, and after meteorites have sufficient time to fall from the fireball terminus (roughly 20 km high) down to where the radar can detect them (approximately 10 km and lower altitudes). This normally takes about 2 minutes to occur.
Falling meteorites then appear at or near the site identified by eyewitnesses or the other sources named above. Meteorites are size-sorted in their fall from the fireball terminus, with large meteorites falling fastest and smaller ones requiring a longer time to reach the ground. In most meteorite falls, the first meteorites show up on radar 90 seconds to 2 minutes after the fireball terminus, and the last (and smallest) meteorites disappear from radar about 10 minutes after the event.
There are several types of radar data products, but the two most useful for finding meteorites are "Reflectivity" and "Velocity". Reflectivity data show where radar pulses reflect off of falling meteorites (Figure 2). 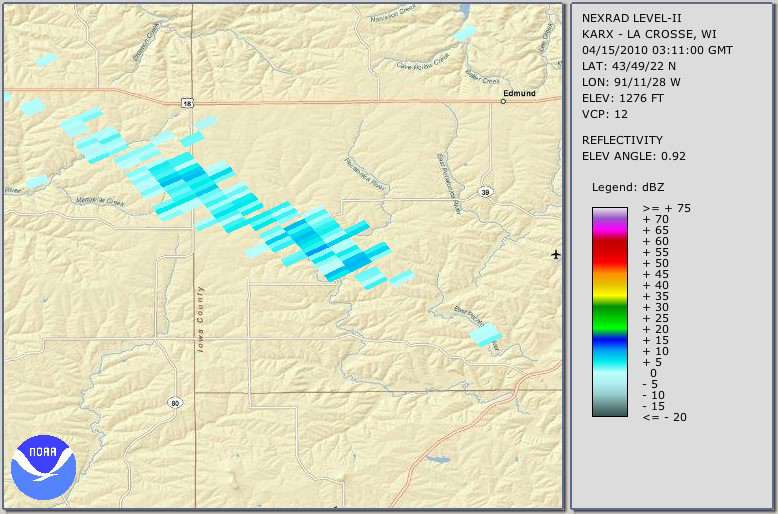 Figure 2: The Mifflin, WI meteorite fall radar map. The blue pixels are from falling meteorites.
Velocity data show movement of objects in the radar image. Clouds, aircraft, and other features normally move at fairly steady velocities, but falling meteorites produce small-scale turbulence from the wake left by the rapidly-moving meteorites. This produces a small area of brightly colored, intermixed red and green pixels like that seen in Figure 3. Turbulence is only strong enough to appear on radar for relatively large meteorites, so signatures like that seen in Figure three only appear for approximately 2-5 minutes after the fireball terminus. 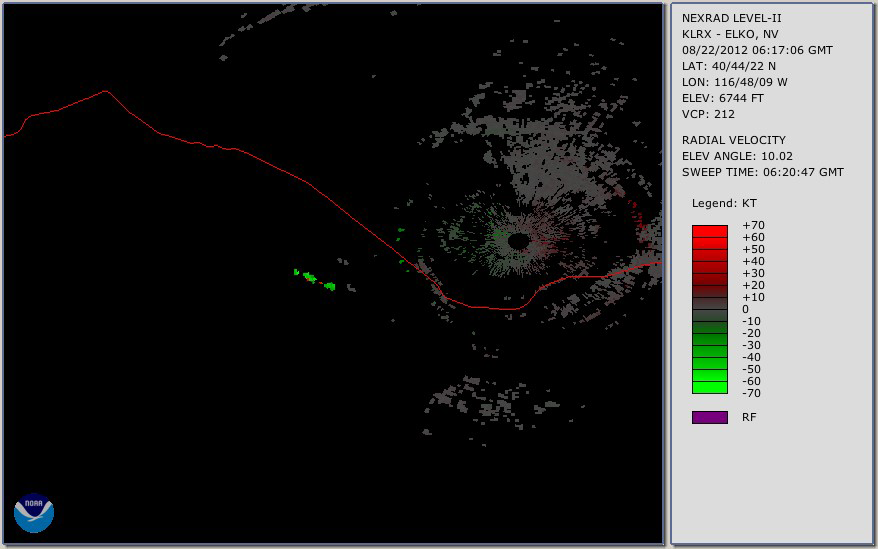 Figure 3: The strong green color indicates objects moving towards the radar in this image from the Battle Mountain, NV meteorite fall.
Meteorite falls always move downwards. They typically, first appear in higher-elevation radar sweeps, then progress to the lower altitudes as the fall progresses. Meteorite falls almost always show internal turbulence, as falling meteorites leave turbulent wakes in their paths. This appears as "candy-striping" in the velocity data, with high-value velocities showing opposite directions in adjacent pixels (i.e. bright pixels with green and red interspersed). 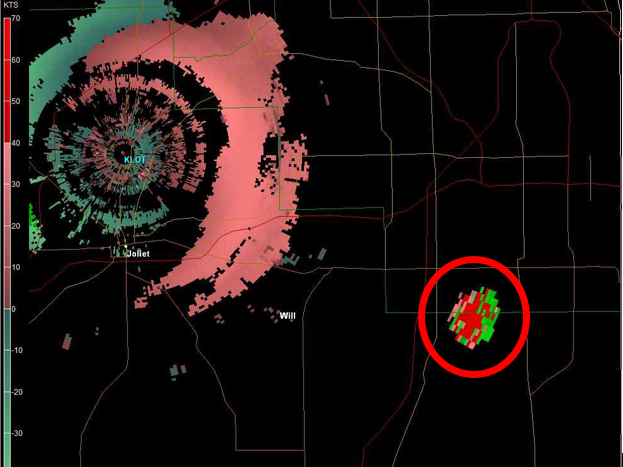 Figure 4: This image shows a single sweep from the Park Forest, IL meteorite fall in velocity data.
The radar itself is at upper left in both images, and falling meteorites are seen at lower right. Note the bright red and green pixels, showing high wind speeds. The colors indicate winds moving towards the radar (green) and away from the radar (red). Note how the two colors are interspersed, showing that winds are turbulent from the violent passage of falling rocks. By comparison, almost all the other radar returns in this image are from clouds.

There's a lot going on in the study of meteorites, both here at NASA and in other places. Here are a few links to the people and institutions who are leading the research in this field.

There's a lot going on in the study of meteorites, both here at NASA and in other places. Here are a few links to the people and institutions who are leading the research in this field.