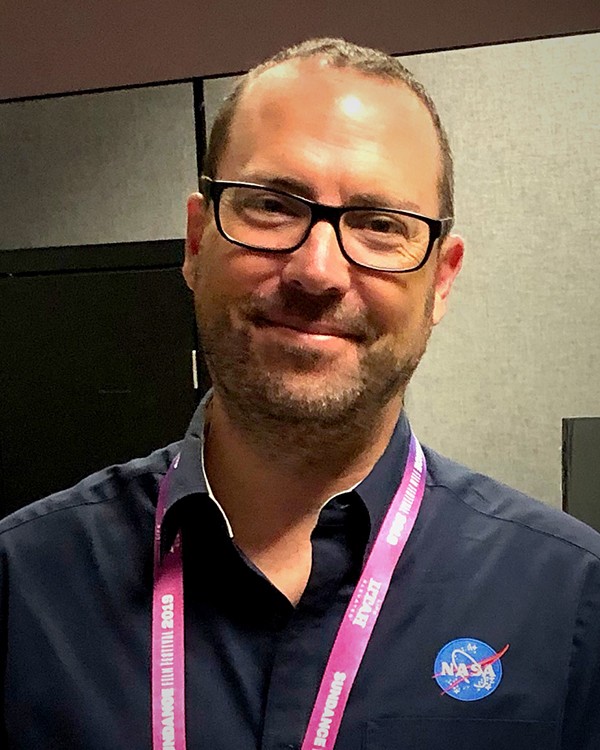 Ben Feist is a Software Engineer focusing on future missions, solving the many scientific data management and data visualization challenges that face humanity as we venture towards a sustained presence on other planets

Previous to working at NASA, Ben had a long career in the online digital consulting industry where he ran the technology disciplines within a variety of creative agencies including TAXI, Blast Radius, and most recently, Wunderman Thompson. While doing so he worked evenings and weekends for nine years on a personal passion project that brought several of NASA’s Apollo missions to life online. The resulting multimedia experience at apolloinrealtime.org brought Ben to NASA’s attention and also earned him the 2019 Leif Erikson Exploration History Award from the Exploration Museum in Iceland, the 2020 Society of Historians in the Federal Government Excellence in New Media Award, a Gold Pencil at the 2020 One Show for Creativity, and selection for publication in the Communication Arts 2021 Design Annual.

Some of Ben’s efforts at NASA include:

- The development of Astromaterials 3D, a web-based application for the Astromaterials Research department that allows visitors from anywhere in the world to analyze NASA’s Apollo lunar and meteorite collections.

Additionally, Ben was part of the team behind the critically acclaimed 2019 IMAX film, Apollo 11. He was a technical consultant for the film, and also lead the restoration of 11,000 hours of mission control audio that was used to bring sound to silent archival film footage for the first time. Apollo 11 went on to win Emmy awards for Outstanding Sound Editing and Outstanding Sound Mixing.